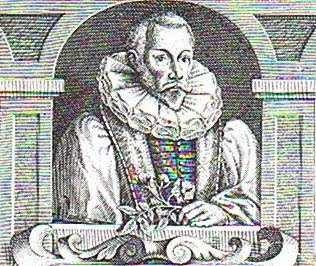 A chance meeting in the street with Mark Griffiths in Oxford today revealed that he is working on a biography of John Gerard, author of  The Herball, or Generall Historie of Plantes, of 1597, and a major figure in the development of British (and European) horticulture. I have long felt that he has been treated unfairly by garden historians, regarded as little more than a plagiarist, and it seems that Mark agrees. It is also good to know that Gerard will get the scholarly treatment he deserves, with the resources of the Oxford libraries behind it (unlike the very unsatisfactory life of his near-contemporary John Parkinson, published recently), and I can't wait to read it.

For if delight may provoke mens labor, what greater delight is there than to behold the earth apparelled with plants, as with a robe of embroidered worke, set with Orient pearles, and garnished with great diversity of rare and costly jewels?