I only know of one person who encourages bindweed in her garden, but she is rich enough to do what she pleases; the rest of us dread it. But set the fear and loathing aside and look at it objectively, if you can, and appreciate the real beauty of the flowers, with their perfect trumpets and finely furled buds. If, as gardeners say, they were rare and difficult to grow, we would lust after them, valuing them as we do morning-glories, Ipomoea.

Yesterday I visited Spurn Head, the strange narrow spit of land that protrudes from the easternmost corner of the East Riding of Yorkshire into the Humber estuary, and found three species of bindweed growing in the sand dunes; the two common, nuisance-causing species Hedge Bindweed Calystegia sepium and Field Bindweed Convolvulus arvensis, and the much more refined and interesting Sea Bindweed Calystegia maritima. This is a strictly coastal plant, usually growing in sparsely vegetated sand dunes, though apparently it can occur in shingle too, usually with prostrate stems,  small fleshy leaves and pink-and-white flowers. No doubt the rhizomes run through the dunes, but it doesn't seem to be an aggressive plant. I've never seen it in cultivation - probably because of the generic reputation but I wonder if its maritime distribution is due to a degree of tenderness - after all, Convoluvulaceae is very largely a tropical family, with few temperate outliers.


For those who may look at their bindweeds before trying to eradicate them, Calystegia is most easily distinguished from Convolvulus by the pair of bracteoles that envelop the base of the flower, concealing the calyx below them: they are clearly visible in the image of C. sepium. Convolvulus lacks the bracteoles, and (usually) has blunt calyx lobes and a linear stigma, while Ipomoea has pointed calyx lobes and a globose stigma (according to C. Stace, Flora of the British Isles, 2010).
Posted by John Grimshaw at 22:37 5 comments: 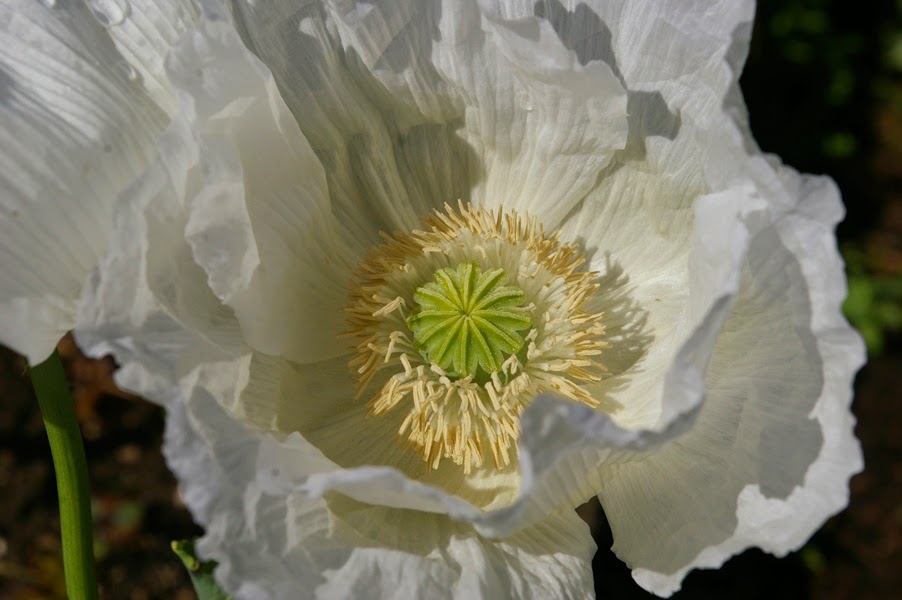 I remain captivated by the beauty of the white opium poppies I grow, descended from the seed obtained from a baker by Pam Schwerdt and Sibylle Kreutzberger to grow at Sissinghurst Castle (as described in my entry for 31 December 2011, when it was named my Plant of the Year 2011). This is a selection of images from this garden taken in the past week, needing no captions I think. 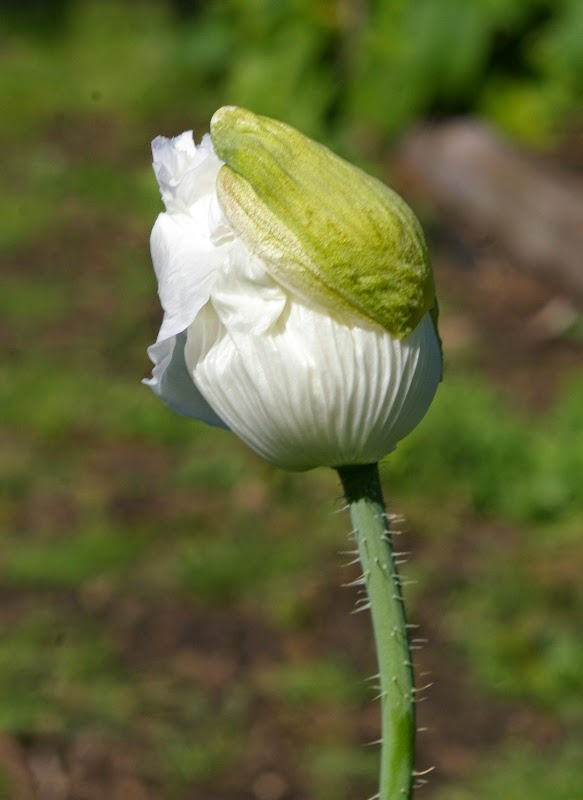 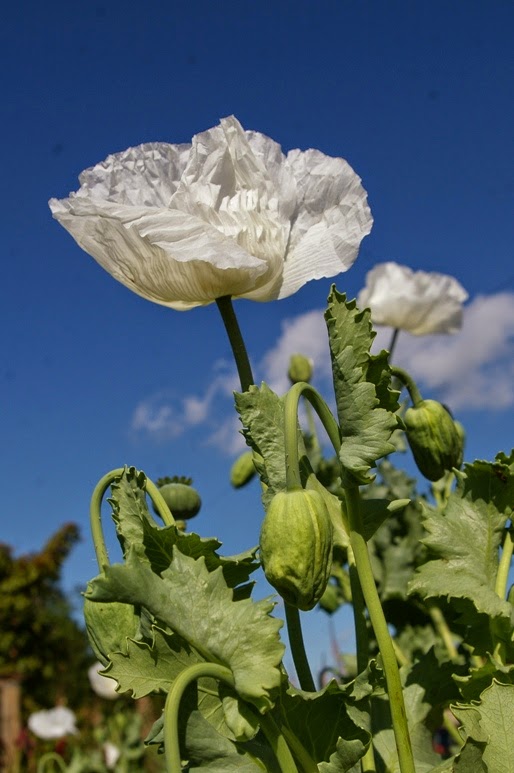 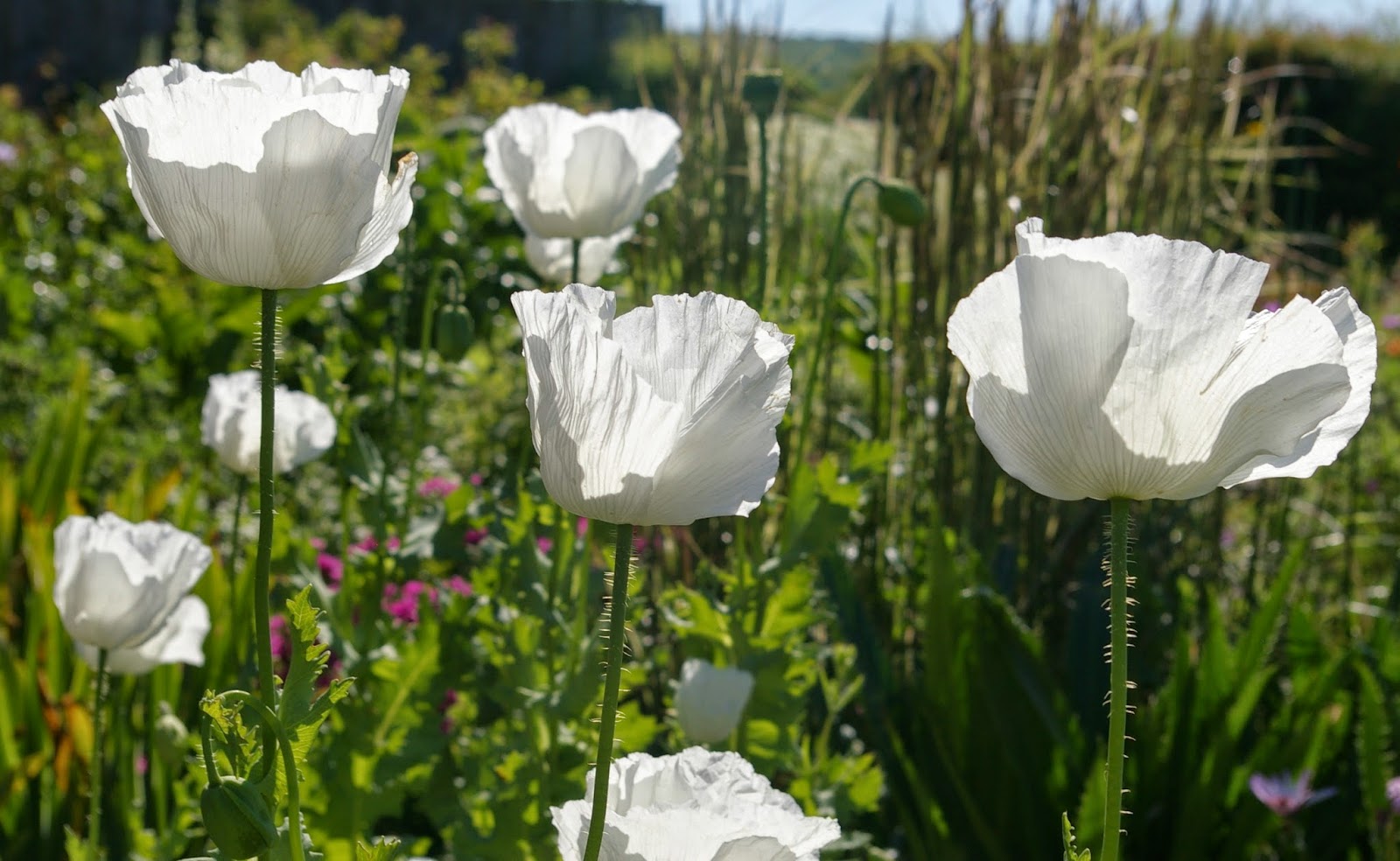 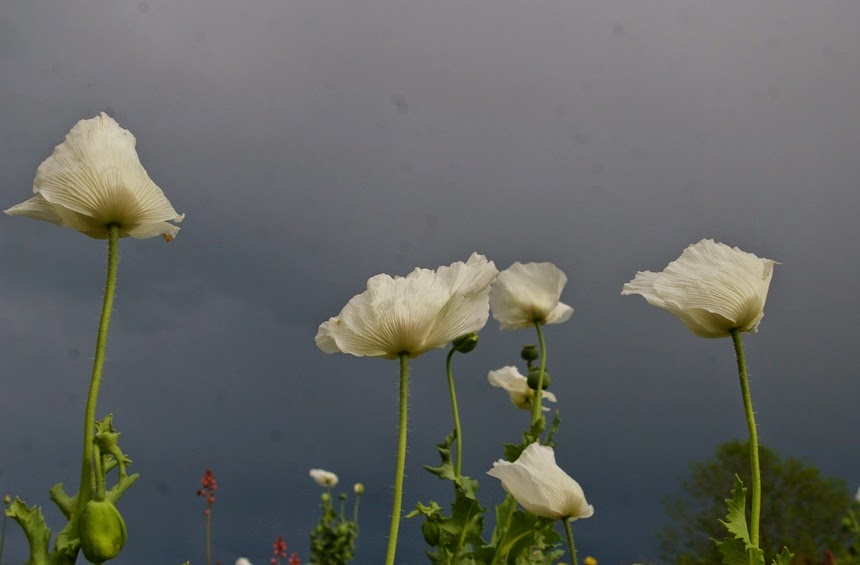 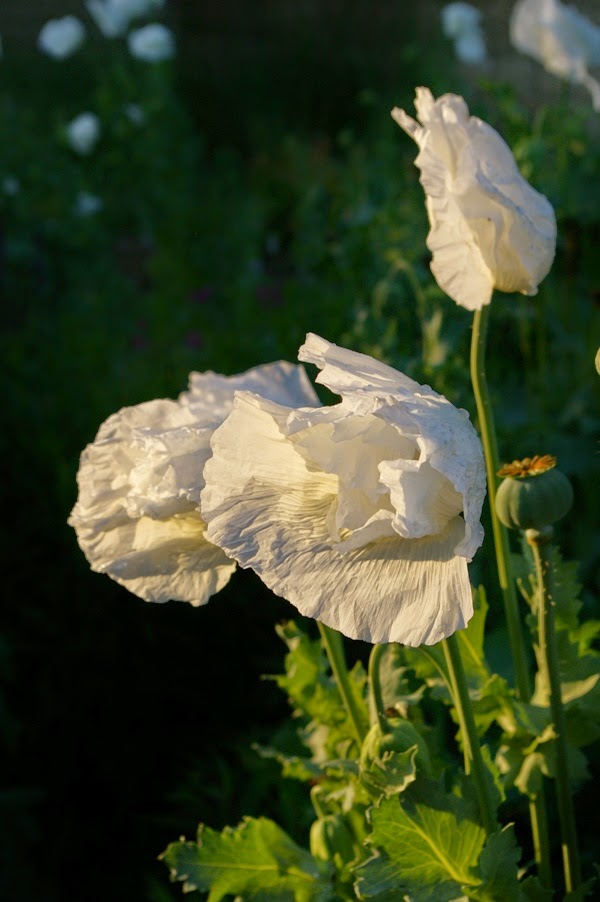 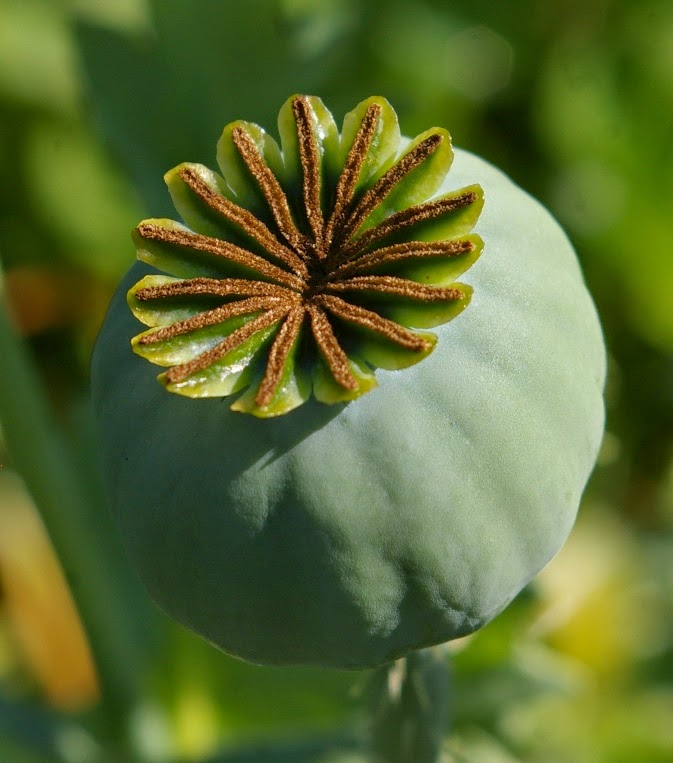