The gardens at Newby Hall

This afternoon I went to Newby Hall, home of the Compton family just outside Ripon, and justly famous for its 25 acres of gardens. This large expanse is maintained to a level very seldom achieved and makes for a very impressive garden indeed, around an elegant house. Highlights are shown in the photos: more information is available from the Newby Hall website.

This afternoon, having lots to do at home, I went out to see a local garden open for the National Gardens Scheme, Jackson's Wold. It's just a few miles from here, up on the chalk of the Yorkshire Wolds, and has been created around an old farmhouse by Richard and Sarah Cundall in the past thirty years. More information about the garden can be found on their website, which also gives details of opening arrangements. It is well worth visiting!

The garden is clearly planned to give a peak display in early summer, although it must also be interesting before and after the visiting season of May-July, and in essence it is an expanded cottage garden with overflowing lush borders full of big perennials. Having seen the chalkiness of the fields as I drove in I was astonished by the vigour of the plants and while sheltering from an inopportune thunderstorm asked Sarah Cundall about this: the secret is the very generous application of mushroom compost to the beds each year, with chicken manure worked in at planting time. Although the effect may be 'cottagey' the garden is carefully planned for combinations of texture and colour using good bold blocks of plants, with many being repeated in different areas - though there are some nice groups of choicer plants too, and some good ferns. Very nicely kept lawns provide open space between the borders, while beyond the potager-style kitchen garden is a meadow area with a short lime avenue leading to a viewpoint over the Wolds and Vale of Pickering to the moors beyond.

Wildflowers in the Yorkshire Arboretum

One of my main thrusts at the Yorkshire Arboretum has been to start the process of converting the grassland of the vistas and between the trees, where possible, from coarsely mown grass to species-rich wildflower meadow. I am under no illusions that this will be a very long process, as much of the arboretum was formerly under intensive agriculture and is both biologically depleted and has rather fertile soil. But one has to make a start and in partnership with Buglife, the Invertebrate Conservation Charity, we have committed to creating as extensive an area of 'wildflower meadow' as possible on the site. We started in a conspicuous location last September, inviting visitors to the Wild About Wood festival to plant some plug-grown wildlowers in an area designated as future meadow. In warm wet soil they got away fast last autumn and are now established and coming into flower. A few thousand plugs don't make much impact in long lush grass, but they are there and will soon be sowing their own seed for the next generation.

The main display of wildflowers in the arboretum at present, however, is not from these, but from pre-existing plants that an adjustment to the mowing regime has permitted to flower. Outstanding is the much maligned Creeping Buttercup, Ranunculus repens, which is creating great swathes of rich gold in many areas. It's certainly not desirable in the border, in its natural habitat of rich damp grassland it is magnificent. Several people have suggested to me that the buttercups are particularly fine this year - they are currently glorious, but they usually are! Elsewhere are pockets of other habitats with their own assemblages of plants, some of which are shown here.

In the garden this week


I have continued to be busy preparing and planting sections of the garden, and although much of it is getting going very well it isn't presenting anything like a display as yet. However there are some good things in flower, of which this is a selection. 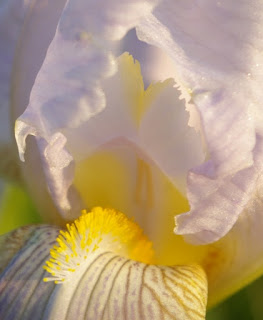 I was invited by the RHS to speak about the Award of Garden Merit at Gardening Scotland on Saturday, so I travelled up to Edinburgh on Friday night and enjoyed a weekend in that beautiful city in perfect weather and in the company of friends. Gardening Scotland is the country's major horticultural event, taking place at the Royal Highland Showground, just by the airport, and evidently very popular. The main horticultural displays are in one of the large halls, which gives plenty of space but is rather dark. There were fewer stands than one might hope to see, but there were some excellent exhibits among them, with a different flavour to those seen in England. Meconopsis, not surprisingly, featured prominently.