A Cretan in Oxford 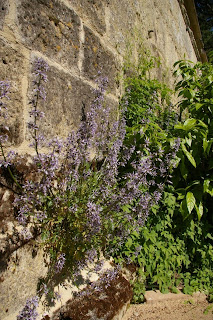 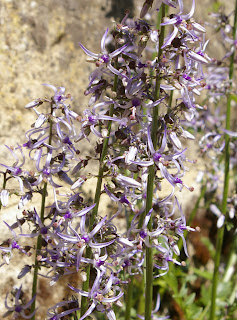 On our visit to Oxford on Thursday I was amazed to see a couple of fine plants of the Cretan endemic Petromarula pinnata flourishing in the wall of the Botanic Garden. A member of the Campanulaceae, it has several curious features, notably its compound leaves, and is the only member of its genus. In Crete it is a noted chasmophyte in the rocks of the steep gorges, as well as growing elsewhere: presumably it finds cracks in the mortar between the limestone blocks of the Earl of Danby's seventeenth century wall reminiscent of home.

This, of course, is where Oxford Ragwort (Senecio squalidus) began its invasion of the waste places of Britain, but it is difficult to imagine Petromarula doing the same.
Posted by John Grimshaw at 18:50