The sad news broke yesterday that Ruby Baker, one of the pre-eminent galanthophiles of all time, had died on Sunday following a heart attack suffered while weeding in her family's garden. She was 90, but in the twenty plus years I knew her she had changed little: her slight frame becoming a little slighter perhaps, but the white hair, tidy under a hairnet, was a constant beacon at every snowdrop gathering. We first met at Primrose Warburg's home, South Hayes, for lunch one snowdrop season, possibly as long ago as 1988 (I can't check that at present), when Ruby and David Baker, Kate Garton and I were the only guests. The Bakers were comparatively new to snowdrops at that time (I was a complete neophyte), but they rapidly became undisputed experts, ransacking the Lindley Library for every scrap of information they could gather. That thirst for information on snowdrops never left Ruby, but as well as gathering it in she passed it on freely, usually in densely written notes in her neat handwriting. She carried on a huge correspondence with fellow galanthophiles, including many in Germany, despite struggling with the language, and undoubtedly had a great hand in building the bridges that now exist between British and German snowdrop enthusiasts.

The input Ruby and David provided to our book Snowdrops was truly extraordinary: it was never too much for them to hunt out an obscure reference, or correspond on our behalf. Less tangible perhaps, but at least as important was the enthusiastic support they gave us, especially to Matt, during the long spells of writing and editing. In the preface we wrote: 'The title page bears the names of three authors, but it is only fair to credit Ruby and David Baker with honorary co-authorship of this book, since they have been untiring in their assistance and encouragement. We are deeply indebted to them.' I hope that was sufficient tribute.

Sadly David died about ten years ago, but Ruby carried on, becoming more dependent on friends for lifts, but missing very few events. She gave amazing amounts of time to help Ronald Mackenzie propagate and then pack the snowdrops he sold through the Snowdrop Company, but was also very generous in distributing snowdrops from her garden in Surrey. An early outbreak of Stagonospora had caused havoc there, so she grew most of her collection in pots (and had repotted them all recently). The first-hand experience of this disease gave rise to her memorable description of the discoloration it causes to a bulb as being like 'the stain on a smoker's tooth'. She had an excellent sense of humour, backed up by a rather naughty chuckle.

'Everybody's favourite galanthophile' was Val Bourne's description of her at a gathering for the 'immortals' commemorated by a snowdrop named after them. Galanthus 'Ruby Baker' is a rather round-flowered hybrid, probably involving G. gracilis, named for her by Robin Hall of Primrose Hill, Lucan, Ireland, and the German galanthophile Hagen Engelmann has named a beautiful green-tipped G. peshmenii selection 'Ruby's Gebeurtstagsblumen' - her birthday was in October, when it flowers. David is commemorated by the robust Atkinsii-like 'David Baker', with green tips on its outer segments, which appeared in their own garden. Of the many selections they introduced perhaps the elegant, green-washed 'Kildare' is the best known, especially for the tale (recounted with a wink) that it had been found while 'hopelessly lost' somewhere in that county. Sadly, though hardly surprisingly, the naming of a snowdrop after one does not confer physical immortality, and though Ruby needs no nomenclatural memorial to be remembered by those of us who knew her, her name will live on in gardens belonging to many who didn't.

A sunny day at Wisley


A meeting took me to Wisley on Thursday and for once I had a couple of hours free afterwards to actually get out and enjoy a walk round the garden. I've been visiting Wisley for over 30 years and I can honestly say that I've never seen the garden looking better: it's a real credit to the team looking after it. These are a few iPad snaps, hopefully conveying an impression of a great garden on a beautiful afternoon. 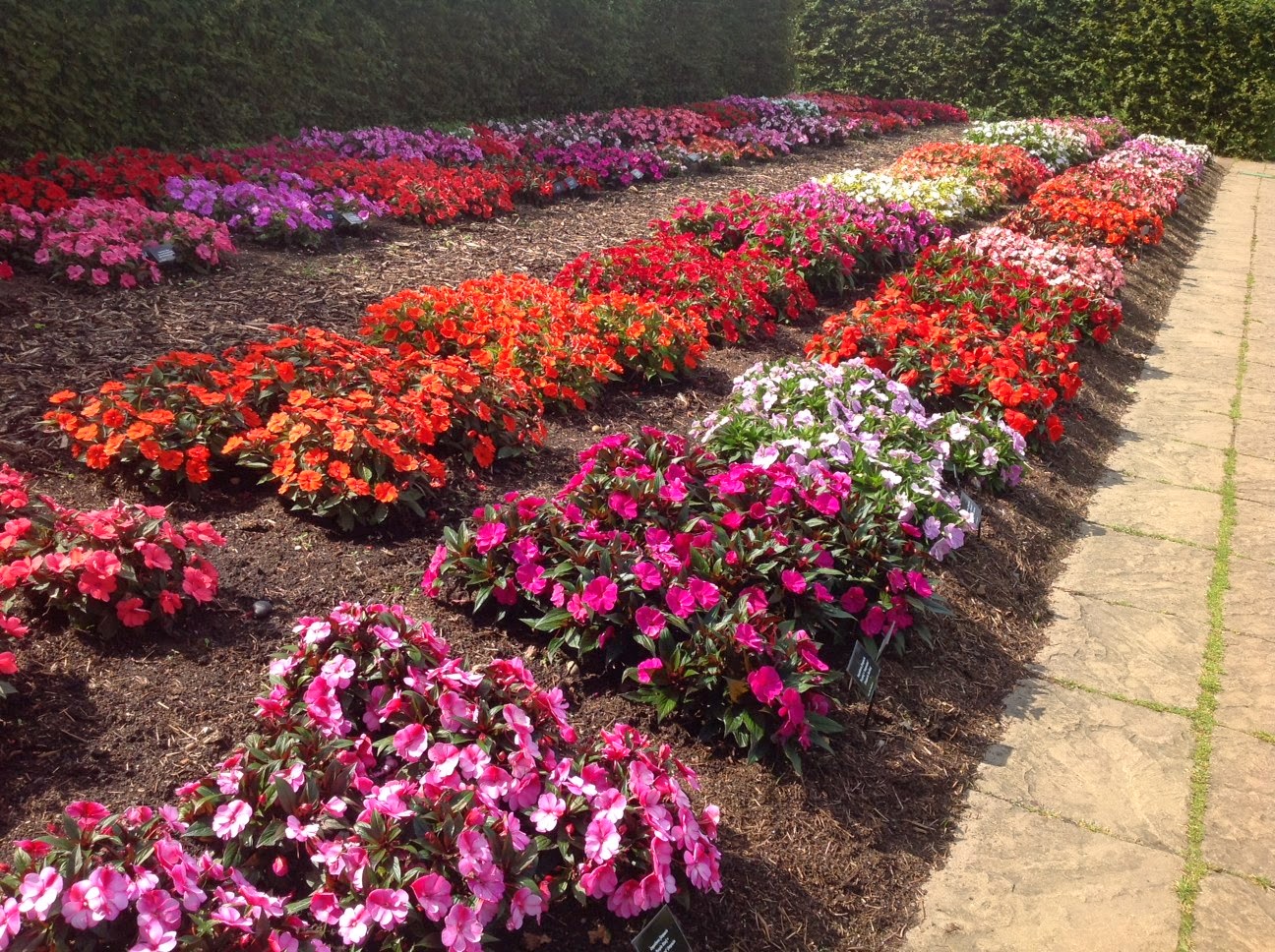