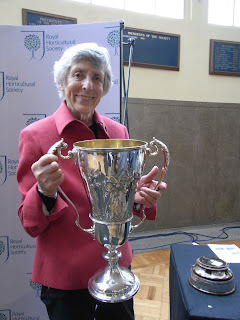 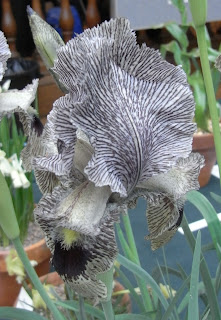 held a Gaudy (reunion and dinner) for old members who came up in the years 1986-88, so I spent the afternoon and evening in . Thanks to the foresight of the founder, William Waynflete, in acquiring the land in the Fifteenth Century, the college is situated in 100 acres of grounds alongside the River Cherwell. Behind the college buildings is the Grove where the college's herd of deer spend the winter through to midsummer: on the other side of a branch of the river is the meadow, which they graze in summer and autumn once the hay has been taken off. The meadow is most famous, however, for its population of 'wild' fritillaries (Fritillaria meleagris), known here since the Eighteenth Century, but almost certainly planted then. It is an amazing sight when in full bloom, but yesterday only a few were open, and in the murky gloom prevailing were almost invisible.
Much more conspicuous were the other naturalized 'bulbs' that beautify the walks around the meadow and the Fellows' Garden. Unfortunately, a lot of large, brightly coloured daffodils have been planted of late, as so often crassly out of place and out of scale in such a setting. Overlooking these regrettable intrusions is difficult, but around and amongst them are masses of far more attractive plants, most notably the amazing carpets of Anemone appenina in all shades of blue and white (and there are shades of white in this case, as some have bluish backs to their petals, while others are pure white). It is such a special plant, far finer than Anemone blanda, but because its long rhizomes do not tolerate drying in the same way as the hard knobbly tubers of A. blanda do, is not offered by the bulb merchants and sources for it are sadly few. It revels in the light clay soil at Magdalen, competing very effectively with thin grass, and producing a wonderful effect in blue and white.
﻿
﻿

The grounds at Magdalen are open to visitors most afternoons (further information here), and are open for the National Gardens Scheme on 17 April.


Dinner in Hall was an enjoyable event: it was reassuring to know that the college kitchen still produces dreadful food and that the college cellar still contains excellent vintages. Better was to meet up with many former friends and acquaintances, some of whom I hadn't seen since we graduated, and find out what they're doing, besides making what seem to be lots of of babies. Luckily the much-vaunted Magdalen cabinet ministers are all above - or below! - our years, but every other profession and trade seemed to be represented, especially lawyers. There were lots of lawyers...

Posted by John Grimshaw at 22:50 No comments: 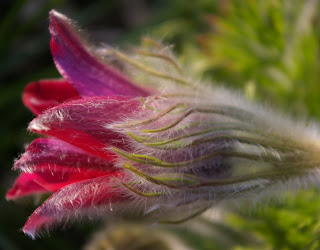 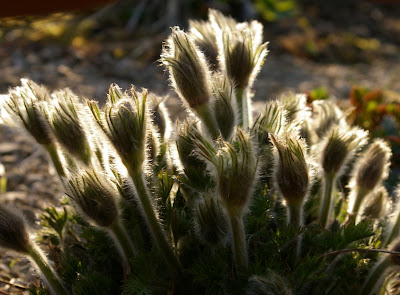 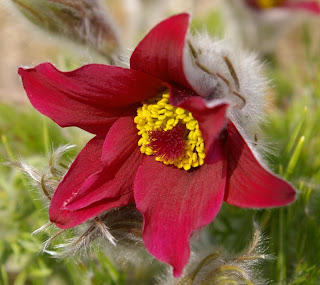 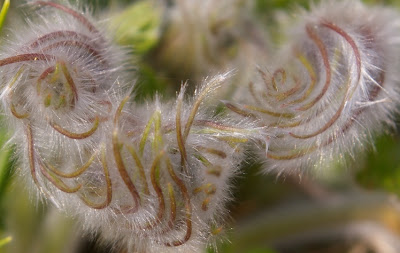 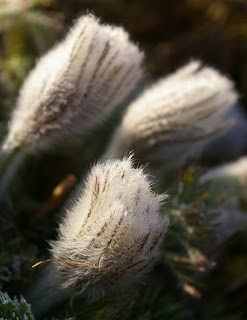 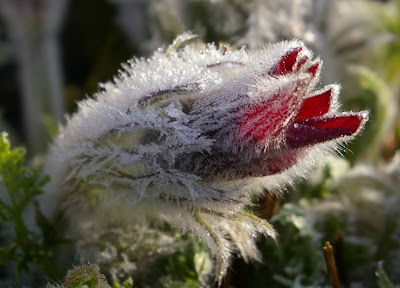 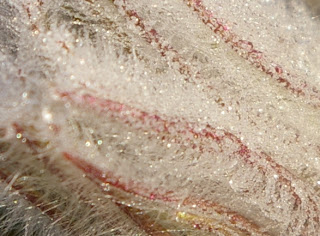 Wild in the garden


﻿
﻿There is a great diversity of native plants in the grounds of Colesbourne Park, with many of the spring-flowering species now coming into full bloom. In the informal setting here they partner and complement the garden plants, as at least equals in the display. Some are showy and obvious, like the Primroses and Wood Anemones, others are more subtle, like the violets, and some would attract only a botanist's interest - but all (or almost all), are very welcome.

Spring hormones were flowing in our pheasants this morning, with a bit of a scrap going on between our Lady Amherst and Yellow Golden cocks (a.k.a. Philip  - the pheasant - we inherited the name, and Blondie, for obvious reasons when compared with Goldie). The displaying was fascinating, with their fabulous plumage shown off to its full effect.

Coming home through the lanes this afternoon I saw this impressive herd of 33 Fallow Deer (Dama dama) in one of the Colesbourne fields. Dark animals are common in the local population, with some approaching back. These were mostly females, with a couple of yearling males amongst them.

﻿
﻿Today I've been for Sunday lunch with Christine and Ben Battle at their home at Congrove, near Bath - an excellent meal and excellent company. Afterwards we toured the arboretum that Christine has been planting on their land in this secluded valley since 2002, and which is becoming a really notable collection. I've known it for several years, and even in its early days I was able to cite specimens growing there in New Trees. It's over a year since I was last there and the growth on the trees has been remarkable, aided by the attention provided by Christine and her right-hand man, Tony Webb, as well as the superb growing conditions in this well-watered, rich-soiled, west-facing valley.

Although it is still too early to see much growth on most trees, many signs of spring were apparent on a glorious warm sunny day. Here are a few details.

Wild Daffodils in the Golden Triangle

The British native wild Daffodil was once a common and widely-distributed plant in (especially) western England and southern Scotland, but increasing intensification of agriculture made it progressively scarcer. By the early Twentieth Century it had become a rare plant in many parts of its former range, but it remained extremely abundant in north-western Gloucestershire and the adjacent parts of Herefordshire and Worcestershire. This is a fertile, gentle countryside, well watered, and wild Daffodils were incredibly abundant in the woods and pastures. It became known as the Golden Triangle, and special excursion trains were run at flowering time to bring people to see - and pick - the flowers. After the War, however, 'improvements' to the fields and modern agricultural practice all but eradicated the Daffodils from their meadow habitat, leaving them confined to woodlands and hedgerows.

As such, they have become a subject of conservation concern, and the Gloucestershire Wildlife Trust has undertaken a study of their distribution and potential threats. This extremely interesting document can be read here. As the County Flower, the wild Daffodil's survival and presence is a matter of local pride, and each year the villages in the Golden Triangle organize daffodil events, which are currently ongoing. Further information is available from the SoGlos website (although they illustrate the events with a picture of an orange-trumpeted garden hybrid!).

The Gloucestershire Wildlife Trust focuses its daffodil conservation activities on two sites. The Betty Dawes Wood, owned by the Forestry Commission but managed by GWT, is an oak-hazel coppice, with a patchwork of areas coppiced at different times, so there are daffodils growing in rather shaded to open sites, with the inevitable differences in vigour and flower production. The Gwen and Vera's Fields Nature Reserve, comprising two adjacent, tiny old orchards, on the other hand demonstrate how the old meadows used to look - a mass of flowers. But wild Daffodils are not rare in the Golden Triangle - just much reduced. Every bit of woodland, and mile after mile of hedges and ditches, has them in abundance, a truly glorious sight.