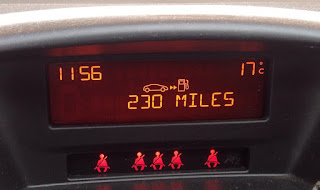 A new Curator at Wisley

I'm delighted to report that my friend Matthew Pottage has been appointed Curator of RHS Garden Wisley. It's been an unbroken ascent from student to the top job, which in itself is a tribute to both his qualities and the perception by RHS management of an asset to be nurtured and retained. The plantsmanship he brings has been evident in the areas in his charge for several years, and we can look forward to the garden going from strength to strength under his leadership. Great opportunities are in the pipeline as the new masterplan for the site is unfurled, and Matt is just the person to drive the changes forward. Congratulations - and good luck!
Posted by John Grimshaw at 21:30 4 comments:

Yesterday afternoon, at an intensely emotional funeral, we said goodbye to Mark Flanagan, Keeper of the Gardens at Windsor Great Park (The Royal Landscape), and Chairman of the RHS Woody Plant Committee. Having been apparently hale and hearty until then, in mid-September he suffered a seizure and subsequent heart attacks, from which he never regained consciousness until his death on 24 October.

Mark was thoroughly decent and likeable, a superb plantsman at the pinnacle of his profession and powers, respected by all who knew him. He started his horticultural career as an apprentice in the Manchester Parks Department, and then went on to undertake the horticultural diploma course at RBG Edinburgh, where he met his wife Lesley - and where he had already decided on his dream job: to be Keeper of the Gardens at Windsor Great Park. In due course he did just that, succeeding the legendary John Bond in 1997, but in the interim worked first at Kew and then Wakehurst Place, where he became Deputy Curator.

It was his great fortune, paradoxically, to be at Wakehurst when the Great Storm of 1987 struck. The devastation it caused at both Kew and Wakehurst Place was the impetus for a series of collecting expeditions to provide new specimens to rejuvenate the collections - and this catalysed a remarkable collecting partnership and deep friendship between Mark and his counterpart at Kew, Tony Kirkham.

Mark and Tony first travelled together to South Korea in 1989; trips to Taiwan, the Russian Far East, Japan and China all followed. On each they made significant collections of seed of plants of all kinds, from which many of the trees are now becoming quite large and imposing, and which will continue to increase in stature and beauty. Their adventures on these expeditions are chronicled in the first of their two co-authored books, Plants from the Edge of the World (Timber Press, 2005). Throughout their travels their principle inspiration was Ernest Wilson, the great English plant hunter who did so much to bring the diversity of the Chinese flora to western gardens. On a trip to Sichuan in 2001 it was his encyclopaedic knowledge of the gardening literature that led Mark to realise that a (by then dead) huge old Cunninghamia was the same tree as that photographed by Wilson in 1908, reproduced by Bean. This extraordinary revelation sparked a further series of travels in which the two attempted to find locations visited by Wilson, and where possible, take a photograph from the same spot. Although much has changed in China, much remains, and the comparative images, published together in their book Wilson's China (Kew Publishing, 2009), are incredible. In many cases the same trees are easily recognisable, even when they are just components of the landscape, not to mention the set piece images of magnificent veterans. They had recently extended this project to cover Wilson's travels in Japan: Tony assured us yesterday that he will complete this project.

As so often is the case, one learns more about someone at the funeral than one ever knew in life. We were privileged yesterday to hear two magnificent eulogies of Mark. Tony Kirkham spoke of things horticultural and their travels, while Callum Flanagan spoke powerfully of his father the family man - 'the perfect male role model.' The standing ovation he received was a tribute not only to an extraordinary eulogy bravely delivered, but to its subject and his family.

Tributes had also come from the highest places. As soon as she heard of Mark's illness the Queen appointed him a Member of the Royal Victorian Order (MVO), an honour exclusively in her gift, and this was presented at Mark's bedside in Harefield Hospital. Horticulture was slower to respond, but rather remarkably, the Royal Horticultural Society broke with 118 years of tradition to posthumously award Mark the highest accolade in horticulture, the Victoria Medal of Honour (VMH), news broken by Tony Kirkham in his eulogy. The VMH can be held by only 63 living recipients at any time and there is no doubt that as he approached the level of elder statesman it would have come to Mark: but now his name is inscribed on that list of the greats of horticulture, as it should be.

Other tributes will undoubtedly be paid, and commemorations made, but no plantsman could wish for a better memorial than that of gardens stocked with plants he has collected and grown on, and Mark Flanagan's plants are to be found in gardens all over the country. I hope that this, and their rich memories, will be a solace to his family, Lesley, Callum and Sophie, and his very many grieving friends.


Our England is a garden, and such gardens are not made
By singing: "Oh how beautiful"and sitting in the shade
While better men than we go out and start their working lives
At grubbing weeds from gravel-paths with broken dinner-knives.
Posted by John Grimshaw at 23:09 7 comments:

Autumn tints in the border

A few details of leaves of herbaceous plants, on a damp dull day - not all autumn colours come from woody plants.

With the exception of a couple of wet days early last week the weather lately has been consistently pleasant, with a cool misty morning giving way to lovely warm sunshine. In consequence the lighting effects in the garden have been delightful - these are a few attempts at capturing some of them this weekend.