A poor year for Pasque-flowers 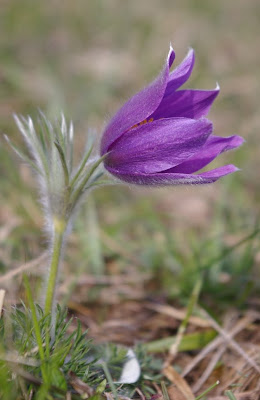 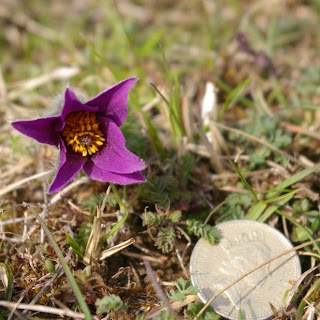 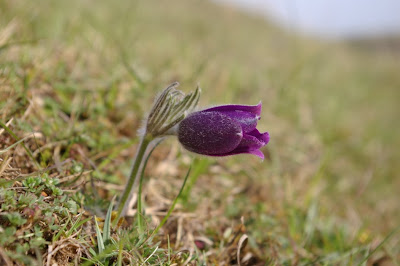 Not too far from here is an unimproved hillside of limestone grassland that is the habitat for what is said to be the largest British population of Pulsatilla vulgaris, the native Pasque-flower, numbering about 20,000 plants. Someone must have counted very carefully, because the plants are tiny, minuscule tufts of foliage nestling among everything else in the short turf, and few of them flower each year. This year seems to have been particularly poor, for there were no more than a few dozen flowers across the whole site when we visited this evening. Rather disappointing and more than a little worrying: it would be nice to know what factors are involved in the success or otherwise of plants on this site.

But the Pasque-flowers were as beautiful as ever, rich dark purple on the short, still brownish turf. British Pulsatilla vulgaris are noted for their diminutive size, unlike the much larger, more robust continental versions that seem to be the origin of the familiar pulsatillas of gardens, and these plants are no more than a few centimetres high, with flowers in scale. A tuft with two flowers together is a rarity. Not much else was in flower - a few violets, early Polygala vulgaris, a Cowslip or two and the first purple buds of Orchis mascula - but the turf smelt of thyme and Salad Burnet (Sanguisorba officinalis) and a Skylark was singing overhead.
Posted by John Grimshaw at 22:18