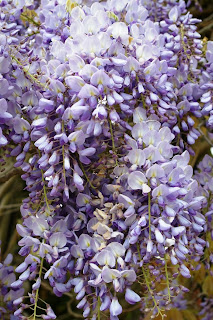 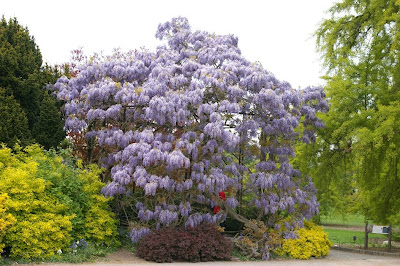 In my post about John Reeves on 28 December 2009 I mentioned the ancient Wisteria sinensis growing at Kew that was either a direct import, or a very early propagation from one of the original plants from Consequa's garden in Canton. This is it, flowering magnificently as it approaches its 200th year. Adjacent to it (right) is the original Kew Ginkgo, planted in 1762 against the greenhouse wall that later also supported the Wisteria until it was demolished in 1860.

'No climber ever brought to this country has added more to the beauty of gardens.' W.J. Bean
Posted by John Grimshaw at 08:08