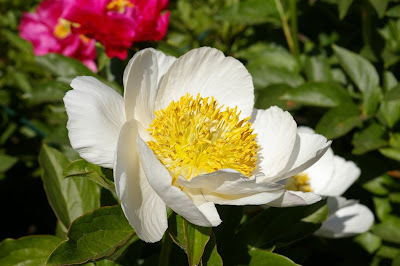 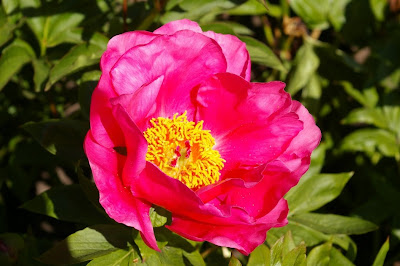 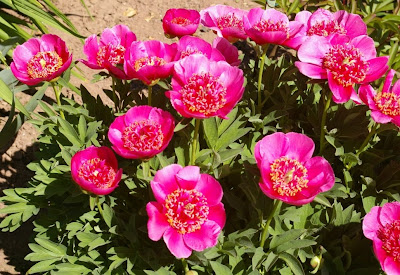 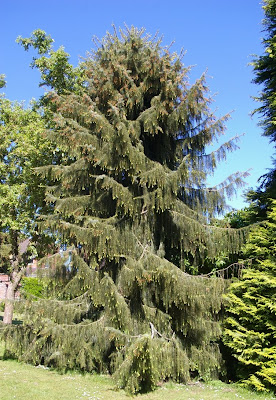 We finished an enjoyable afternoon outing to the Forest of Dean, in glorious hot sunshine, with a visit to Green Cottage, Lydney, home of Mr & Mrs Baber and their National Plant Collection of early peony cultivars. These are grown around their charming cottage garden, through which a selection of hens and ducks wander, with many other interesting plants and trees, of which a fine Picea breweriana (lowest pic) was particularly notable. Although we were too soon for the main display provided by Paeonia lactiflora, some beautiful cultivars were in flower. I particularly liked the pure white 'Campagna' (top) and bright pink 'Rose Garland' (upper middle), both raised by the indefatigable Dr. Saunders in New York before the war. An old European clone in full flower was P. officinalis 'Anemoniflora Rosea' (lower middle), known from the sixteenth century and still considered worthy of an Award of Garden Merit.
Posted by John Grimshaw at 21:19