Spring in the Siskiyous 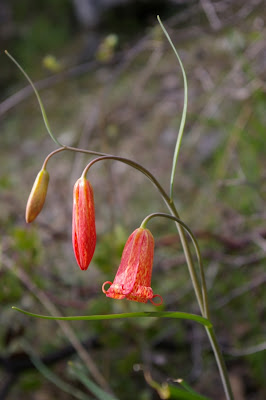 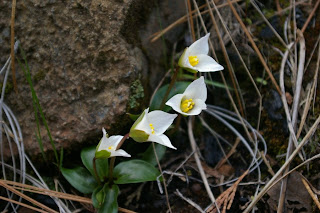 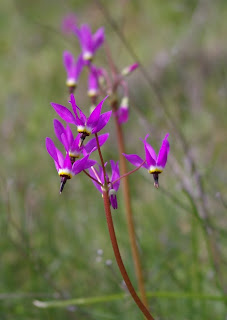 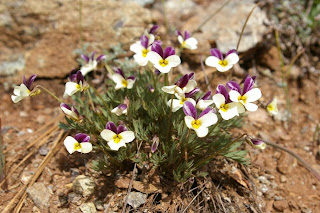 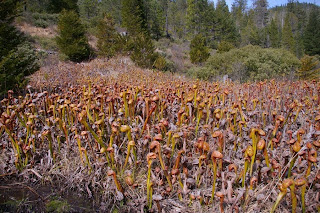 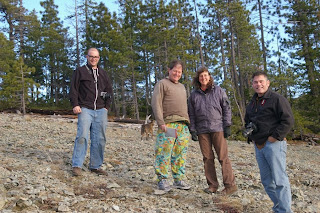 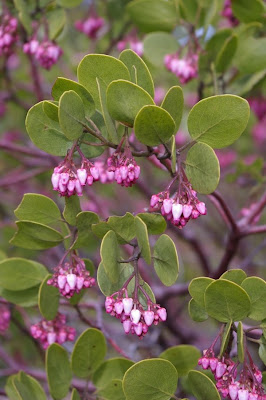 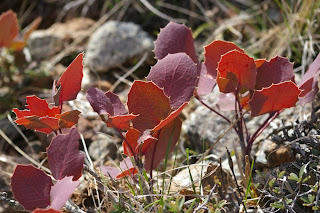 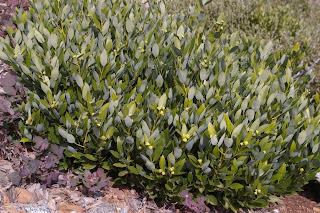 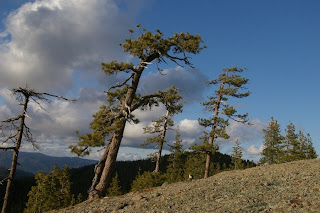 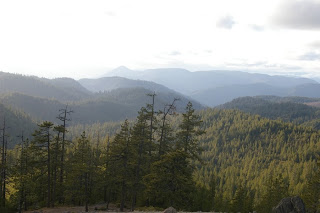 I've just returned home from a quick trip to Oregon, where I was speaking at the North American Rock Garden Society's Western Winter Study Weekend in Medford. This was a great event, with good speakers and good company (and good plants to buy for those not trammelled by international restrictions: Shortia uniflora for $6 and not all sold!) and it was a huge pleasure to be there. Further broadening the mind, the adjacent Shenanigans bar offered a memorable cultural experience on Saturday night, especially if you like lamb dressed as mutton and a beer called Arrogant Bastard.

But Medford is not very far away from the Siskiyou mountains, a botanical hotspot of note, with remarkable plant diversity and a high level of endemism. This is largely due to the the turbulent geology of the region, amongst which are large areas of serpentine. This shiny, often slightly greenish rock contains high levels of heavy metals, especially chromium and nickel, and thus fosters a fascinating flora of plants able to tolerate this normally toxic substrate. In general the mountain slopes are covered with conifer-dominated forest (especially Douglas Fir (Pseudotsuga menziesii) with Incense Cedar (Calocedrus decurrens), Lawson's Cypress (Chamaecyparis lawsoniana) and several pines) but among the conifers is a remarkable assortment of broad-leaved evergreens capable of tolerating the long period of summer drought. Most notably these include Arbutus menziesii with lovely pinkish-orange bark, the 'headache tree' Umbellularia californica, and a diversity of oak relatives such Chrysolepis chrysophylla, Lithocarpus densiflorus, Quercus chrysolepis, Q. vacciniifolia and several others. Where the tree cover thins out, a chaparral-type vegetation develops of low, evergreen shrubs, including many of the above in short-growing forms, but also a diversity of the ericaceous Arctostaphylos and a couple of rhododendrons, as well as such things as Ceanothus, Garrya, Mahonia and Rhamnus. Open grassy places host a mixture of annuals and bulbs that spend the summer in dormancy, while above them is often the deciduous Quercus garryana. Bogs and seeps have their own specialities, one of the most remarkable being the carnivorous Darlingtonia californica, often called the Cobra Lily and one of my favourite plants.

Not surprisingly then, my host and driver, Sean Hogan, and I were seduced away from the conference and into the mountains for as much time as we could squeeze into the three days available. Although not nearly enough, this gave us chance to see a lot of plants and habitats, some of which are illustrated here. The season was perhaps a little later than expected, with the result that many species that could have been epected were not yet visible or blooming - a few more of the glorious days we enjoyed would bring out a mass of erythroniums at several sites we visited. The photos above give a taster of the delights we found, but for me the highlight was undoubtedly the Fritillaria recurva, growing on a sunny bluff above the Rogue River.
Posted by John Grimshaw at 21:24