A change of season 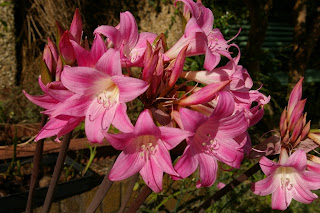 Amaryllis belladonna 'Durban'
The last few days of August, after a generally wet and cool month, were bright and beautiful, but with night-time temperatures dipping unpleasantly low. It was feeling distinctly autumnal, and the garden reflected this, with Cyclamen hederifolium in full flower and colchicums beginning to get going. At my parents' house a clump of Amaryllis belladonna 'Durban' was in full flower when we were there on Tuesday afternoon. This is one of the few hardy bulbs for English gardens to come from the Western Cape of South Africa. It flowers in the Cape in autumn, at the start of its growing season, producing its large green leaves over the winter. In England the leaves remain active for much of the summer, dying off only shortly before the flowers emerge. 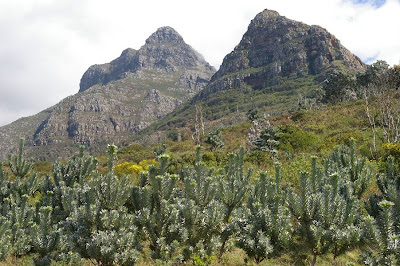 The Silver Tree, Leucadendron argenteum, on the slopes of Devil's Peak, Cape Town
An overnight flight then brought us to Cape Town, where winter is turning to spring and the flowering period of Amaryllis is months away. As unwary football fans became aware during the World Cup, it is quite chilly in the South African winter, and yesterday we experienced its tail-end as an Atlantic front blew in, cool and wet. Today, however, has been sunny and warm, a glorious spring day in the Cape.

Most of the day was spent at Kirstenbosch, the premier botanical garden in Africa, and the flagship of the South African National Biodiversity Institute. Growing only indigenous plants (with very few exceptions) and blending seamlessly from cultivated to wild on the slope of Table Mountain, it is one of the world's great gardens. Here are a few of the plants we enjoyed there today. 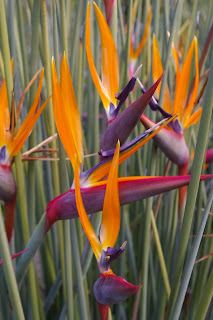 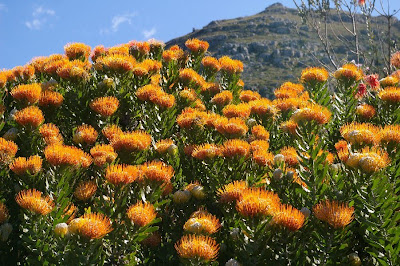 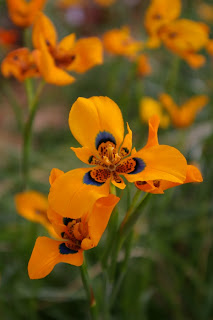