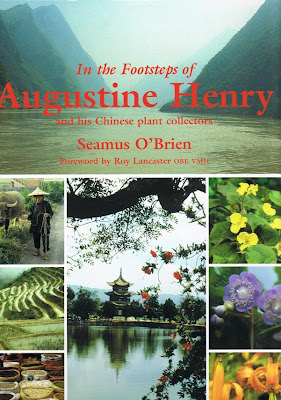 The long winter evenings have given me a chance to try to catch up with the piles of reading-matter that have developed over the past few months and as it's the season when pundits come forth with their recommendations for books for Christmas, I thought I'd give brief reviews of some of the noteworthy horticultural books I've been reading.


First must come Seamus O'Brien's magnificent In the footsteps of Augustine Henry, which is undoubtedly the book of the year for me. It's a large, heavy tome (367 pp) published by Garden Art Press, who have done Seamus proud with their layout and generosity of images (both in number and size). The text tells the lifestory of Augustine Henry, the Irish botanist, who, while a customs official in China in the 1880-90s, made immense collections of herbarium specimens that revealed the botanical wealth of central China more fully than ever before, and paved the way for the influx of western plant hunters a decade or so later. But it is also the story of Seamus's own journeys in China, following Henry's travels and seeking the same plants on behalf of the Irish National Botanic Gardens at Glasnevin  and Kilmacurragh, where Seamus is curator. In addition it sets Augustine Henry's work in the perspective of his times and his contemporaries. The three strands are skilfully woven together in superb narrative, and illustrated by appropriately contemporary images. I think this must rate among the best plant-hunting books of all time and absolutely essential for anyone interested in the flora of China and the history of its exploration. 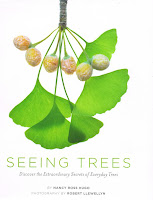 Taking shelter ftrom the rain in the conservatory of the US National Botanic Garden in Washington D.C. in September I came across a display of large prints of parts of trees - a leaf bud unfurling, flowers, fruits, etc, all reproduced at huge size in the most perfect detail: plant photography of a sort I had never seen before. They were reproductions of images used in the book Seeing Trees with text by Nancy Ross Hugo, the photography by Robert Llewellyn (Timber Press). The book sets out to get one to look at trees in detail, rather than as objects in the landscape, and this is done by vivacious text and the images. The images are in fact composites of numerous shots of the subject, taken at different points of focus and then assembled into one perfectly sharp image by software designed originally for piecing together pictures taken by microscopes. The results are stunning and it's unfortunate that the book is relatively small in size, as they were mind-blowing when printed large - but even so they are gorgeous.
Another book with superb photographs is Bob Gibbons' Wildflower Wonders of the World (New Holland), a celebration of dramatically floriferous landscapes across the world from the machair of the Outer Hebrides to the Tien Shan and the Californian desert. The only significant omission is that there are no images of the Peruvian or Chilean deserts flowering after rain, but this is unimportant when presented with such delights as a meadow of Cypripedium in Estonia or the earliest spring flush of Tussilago and Petasites in Georgia. Each full-page plate is matched with opposite text on the area and its plants, with hints to the best time to go to see the sights for oneself 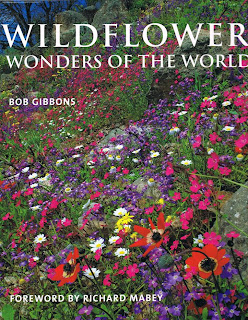 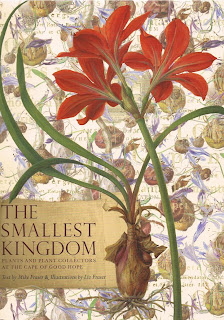 I have only just got The Smallest Kingdom (Kew Publishing), a book about the Cape flora and its introduction to cultivation. The text is by Mike Fraser, and many beautiful watercolour illustrations of plants and wildlife are by his wife Liz, done while they lived in South Africa for twelve years. (The blurb says that they now live in the Scottish borders, "but have yet to acclimatise." Funny, that.) To add to Liz's paintings the resources of Kew's art collection (and other sources) have been ransacked for historical images, to add great richness to this beautifully designed book. Wit is apparent in, for example, the inclusion of Beatrix Potter's picture of Peter Rabbit knocking over pots of pelargoniums as he flees Mr. McGregor's impending boot, and the love of the Frasers for the Cape flora shines through the book.
I am currently reading Margaret Willes' The Making of the English Gardener (Yale University Press), a serious historical study of horticulture in Tudor and early Stuart (1560-1660) England. Its subtitle Plants, Books and Inspiration says a lot about its subject matter as the author delves into all aspects of gardening at this time, considering both the grandest and lowliest of gardeners, their plots and their plants. As a period of great innovation in garden design and architecture, as well as wonderfully rich in plant introductions, it is an era well-worthy of such a fine review and the book should be read by anyone with an interest in garden history or the origins of our garden flora. 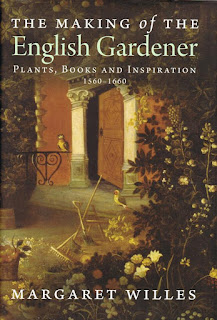 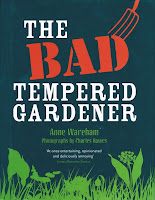 Lighter stuff, but very thought-provoking - or chuckle-inducing - is Anne Wareham's The Bad-Tempered Gardener. Based around her experiences of creating, with her husband Charles Hawes, a contemporary garden (the Veddw) in the Welsh borders, it challenges accepted practice, the idiocies of gardening 'experts' who voice their nonsense in the press, and generally has a pop at any target that presents itself. Here's one sentence, answering the question of what the image of gardeners is in the public mind:  "We are either eccentric middle-aged ladies, getting off on the excitement of watching Toby Buckland with his spade, or hoary-handed sons of toil (who on earth were they?)." I do hope the 'expert' ladies of the press have absorbed its message.

The only book in this selection not published this year is Gardeners, by Diana Ross (Frances Lincoln, 2008), which I have belatedly acquired. It is a series of pen-portraits of gardening folk first written for the journal Hortus, shrewdly but kindly catching their characters in a few pages of prose. There are no illustrations: one must imagine the subjects. Some of them are friends and colleagues and I have to say that they come across in these pages as they do in person, which is surely an indication of how well they are portrayed. If you need one small present for a good friend, give them this.
Last, but not least, is an impulse buy from the Wisley bookshop, Stewart McPherson and Donald Schnell's Sarraceniaceae of North America (Redfern Natural History Productions). It is a fat doorstop of a book (809 pages) covering in great detail the remarkable diversity found in the pitcher plant genera Sarracenia and Darlingtonia. The latter is one of my favourite plants, and I've had an interest in carnivorous plants from my days at Oxford when the Botanic Garden grew a good collection well, and Barrie Juniper was researching their morphology, but I don't grow many now (except Darlingtonia).  So buying this book was a whimsy, but such research and effort needs to be supported, and it is a great example of what a hortico-botanical monograph should be. A bit more copy-editing wouldn't have gone amiss, but for less than £40 it is a triumph. In the series, also with Stewart McPherson as principal author are Pitcher Plants of the Old World (i.e. Nepenthes and Cephalotus) in two volumes, and Sarraceniaceae of South America (i.e. Heliamphora). I suspect that these tomes will all be regarded as classic references and will soon be snapped-up by carnivorous plant enthusiasts, so it is probably wise to acquire them now. 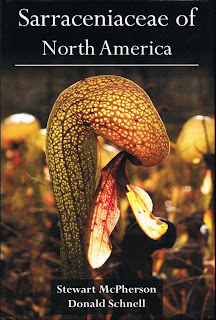 I cannot afford all the books I fancy, so there are a few titles I would be happy to find under the tree on Christmas morning.  Among them are The RHS Encyclopedia of Conifers, by Aris Auders and Derek Spicer in 2 volumes, evidently a must-have reference; Christopher Grey-Wilson's Guide to the flowers of Western China - the first (just about) portable fieldguide to the area and, not to forget an old love, The Amboseli Elephants: a Long-term Perspective on a Long-lived Mammal by Cynthia Moss, leader for forty years of the Amboseli Elephant Research Project in which every elephant in the Amboseli ecosystem (Kenya) has been monitored as an individual, as part of a family and as part of its population: spending time with Cynthia watching the Amboseli elephants was a huge privilege and one of my most memorable experiences.
Posted by John Grimshaw at 23:46